Making of "The Scientist"

Klein first met Professor Mechoulam when researching the ways Cannabis reduces the symptoms of chemotherapy that his mother was experiencing while being treated for breast cancer. That led to his first documentary, Prescribed Grass, which aired on Israeli television in 2009 and prompted health officials in that country to launch what is today the world’s largest state-sponsored medical marijuana program.

The Scientist was produced in association with Fundación CANNA, a non-profit research foundation focusing on the study of Cannabis and its compounds. For further information please visit: Fundación CANNA

The discovery of the Endocannabinoid System (ECS)

Though still unknown to most researchers and medical professionals because of the worldwide prohibition of marijuana, the importance of the endocannabinoid system is growing daily. It has been called the “supercomputer that regulates homeostasis in the human body.” Because receptors are found throughout the brain and in every major organ, this system is thought to be involved in most disease state. This is one reason that Cannabis treats so many varied illnesses. Mechoulam has been investigating this compound longer and more thoughtfully than any other scientist. He has unearthed Cannabis’s role in treating seizure disorders, schizophrenia and PTSD, plus its impact on other functions that govern human health, such as the rapidity with which an infant bonds with his mother. He has been awarded TK scientific prizes and is universally acknowledged as the “father of cannabinoid medicine.” Despite these accolades, Mechoulam’s name isn’t known outside of a small group of researchers. 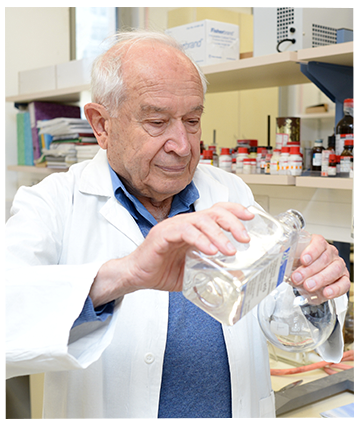 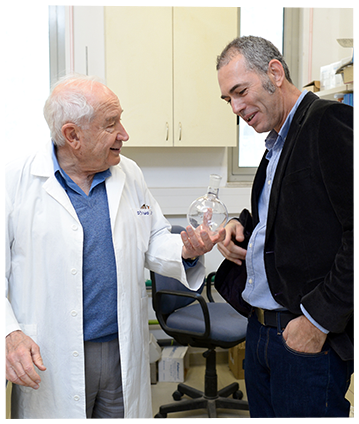